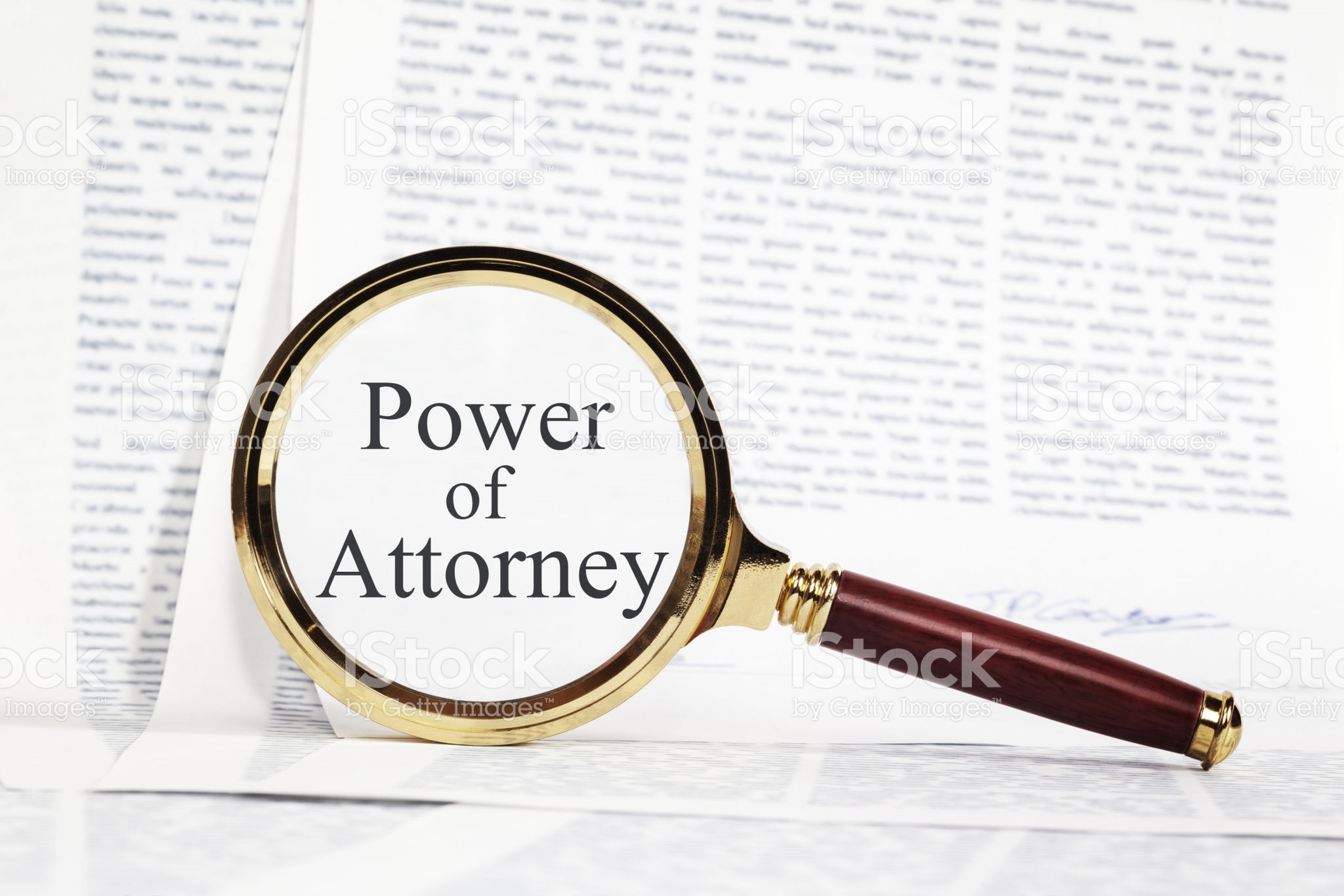 A Power of Attorney (also known as POA) is a critical document to have during your lifetime. It is valid only as long as you are alive. At your death, the POA becomes

void and your Last Will and Testament directs how things are to be done and who has the authority to do them.

Two primary questions to answer when executing a POA are: “Who?” and “When?” If you already have a POA in place, I recommend that you review the stipulations which answer the following questions:

• Who is authorized to act on your behalf and when is that authority effective? • Who is named as the attorney-in-fact? The attorney-in-fact is often referred to as the “agent.” • Is the person named still the one you want to have power to act for you? Do you have an alternate agent named if your first choice is unable to serve? It’s important to choose someone you trust; that you know to be honest and responsible. Your agent should be someone who keeps his or her own finances in order and has shown ongoing concern for your well-being. These are minimum requirements for an agent.

Equip the agent(s) with the information necessary to do the best job for you. Inform the agent(s) of their duties and your expectations. As your agent they have a legal and fiduciary responsibility which holds them personally liable for intentional misconduct or self-serving actions.

Name co-agents, if possible. Co-agents become more important the older you get. Most married couples will choose each other to act as the agent/attorney-in-fact. It’s important to remember, however, that your spouse is aging at the same rate that you are. It is entirely possible that around the time your aches and pains are catching up with you, or dementia is creeping in, your spouse may be suffering from similar issues. Each of you may be hoping that the other one will take care of some pressing matter.

If the POA is effective immediately but names only your spouse as agent, and your spouse is unable to rise to the occasion, your spouse will have to resign or be declared incompetent, in order for the successor agent to replace him/her.

Co-agents cover for one another. In the situation above, if you had named an individual to act as a co-agent with your spouse, that person could have stepped in to act for you immediately. Letters declaring incompetence would not be required.

Two people who will accept the fiduciary responsibility, and who get along with each other and genuinely care for you, can make a wonderful team. As co-agents, they can help each other. They can work out an arrangement that maximizes their individual strengths. There is an increased, and very real, sense of accountability when two people work together that is absent when a single individual is given all of the authority of an attorney-in-fact. When is the POA effective? When can it be used by the agent?

A POA should stipulate that it is effective immediately upon execution (signing) or at some future time or event. The POA may state that it is effective only upon your incapacity or incompetence and that your incompetence must be evidenced by a certified letter from your treating physician or possibly two concurring physicians. Securing a written determination letter from a doctor that you are incompetent to act can be very inconvenient. Securing one from two doctors can be nearly impossible. In my opinion, most Powers of Attorney for elderly persons should become effective immediately at the time the POA is executed (signed), so that a doctor’s appointment and a letter of incapacity or incompetency is not necessary.

Having a POA that is effective immediately, with powers vested in co-agents, may be the most convenient way to get things done and bring peace of mind.

Schedule a time to meet with us about drafting your POA so that it will be customized to accomplish what you want it to. A POA is a very powerful document and if misused, can lead to problems with taxes and Medicaid, to mention a few.